The screenshot below was submitted by a fan without comment. I am not sure if the comment was lost or what happened. Our IT department is on it. I personally don’t see the relevance of this tweet but I will post it.

UPDATE: Accusations that this was a photoshop mounted, so I will include a link.

I am a new contributor to this site and I hope you like my work. I am very familiar with WordPress but I am not a comedian. This is a probationary article so it was mailed in with HTML tags. More about me some other time. Now I just want to explain what I find to be inconsistent narratives. Sometimes you folks accuse the CEO of being incompetent and an idiot. Other times you say she is the root of all evil that has befallen TWiT and is in control of everything. Those two opinions can not co-exist.
So I Offer you four possible theorems:

This is the theory TD.N’s readership does not want to hear. According to this interpretation, everything Leo has said about Lisa is true. She started out doing the books and became invaluable to the company. She turned the company into a major network and built the studio. She is a prodigy and possesses amazing business skills. Without her, Leo would be nowhere. She has negotiated deals very few of her peers could have done. She saved the company money by bringing sales in-house. It was her, not Leo’s, idea to negotiate ownership of the radio shows podcast rights. She often butts heads with Leo on issues and makes major decisions.
Proponents:
Mike Elgan, Divorce Attorney, Scooterx, Padre, Glenn, Dan, Mick, Snell, Beckee, Effendun, Josh

This is the least interesting, salacious or far fetched scenario. According to this viewpoint, Leo is a highly intelligent man who runs the business. He fully understands sales, media, bookkeeping, advertising and how to run a company. He does not have time for details like paying bills so he had Lisa do that. Because she is his girlfriend (if you like her) or Whore (If you hate her) Leo did what many people do across the world. They gave family a job. Her main function is as the buffer between Leo and the staff. This also serves the charade that Leo is doing TWiT for the fans and doesn’t care or know about the money. Leo is loose with superlatives and just as he made Elgan News Director, he made her CEO. In actuality they are meaningless titles bestowed by Leo. We will use new show ideas as an example of how this relationship works –  She will meet with a host about a prospective show and later summarize the meeting for Leo who will make the decision. At most she gets to whisper in his hear and make minor decisions. She double-checks everything with Leo.
Proponents:
Leo, Lisa, Jeff_N, Dan, Brushwood, JuRY, Dr_mom, Christina Warren, Elise Hu, Carly

As in theory 2, this hypothesis allows for two ways to look at the girlfriend/whore option based on your personal feelings. It is virtually the exact same thought process as #2 except for her initial qualifications. In #3 it is assumed she is a moron and incapable of anything. She is a huge detriment to the company and what little input she does have is wrong. Whenever Leo makes a bad decision i.e. Lanigan, Tom, PadreSJ, Elgan, leasing-the-studio, etc, she never does anything but agree. She works 15 hours a week and most of that time is spent browsing the internet and playing pretend CEO. She enjoys walking back & forth in heels.
Proponents:
Captain Juno, Eric Lanigan, TWiT Staff, insuranceGuy, Richardya, Damon Wayans, ihategoogelplus, Emojit3ch, Dvorak, Sarah, Houdini7, Ring Central Guy, Collin

This is the one that most of the people who hate her adhere to. They believe she is a money grubbing harlot. She cares about nothing and no one aside from money, including Laporte himself. She enjoys firing people and ruining lives. Everything bad about Leo is a result of her. She is trying to kill Leo by feeding him to death.
Proponents:
Helloworld, NY Critic, Lkalif, @leolaportesucks, TWiT Uncovered, J.S., Adam, Amber, Chad J, Radford, iYaz

The combinations and variations are endless and the level are infinite so you may well have your own theory made up of some of these theories.

Hey, look at the pretty trees and feel that wonderful sunshine! Well, on an otherwise lovely Wednesday afternoon, it looks as if Leo and CEO/GF Lisa Kentzell have taken once again to ruining the lives of TWiT program editors. Thinking it could help stave off dwindling profits, and on a whim over three hamburgers with fries—Leo and his gal Lisa, the dysfunctional management team, decided to upend a few young lives and make all the peons work late as a permanent schedule change. The sound was muffled (see video below) by pieces of hamburger and fries, but Leo was heard to say, “It’s just a scheduling thing.” Why not?

An unnamed and clearly distraught employee said, after learning of the change in late-night work schedules, “I wouldn’t care, but the only time I am not miserable at work is when Sarah [Lane] walks by [be]cause she smells like flowers. Now I may never see her again.”

The #TotalDrama reporting team has been researching the hours worked by the beloved CEO/GF. In a preliminary investigation, it appears that she arrives at work by 11 a.m. and has been spotted scooting out the door as early as 4:20 p.m. But hey, there’s not that much to do at TWiT HQ in these stressful times. Is there? 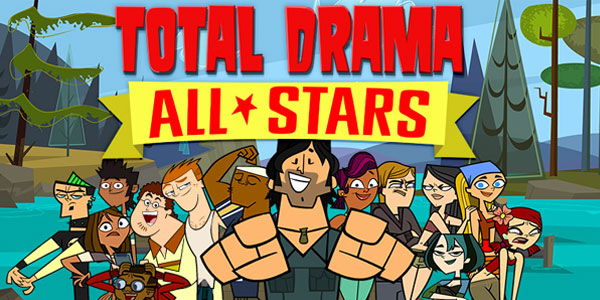