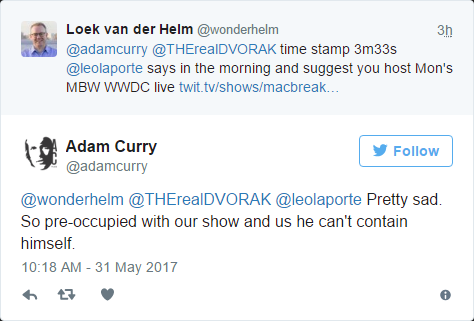 Warning: Division by zero in /web/wordpress/wp-content/plugins/gfycat-embed/gfycat-embed.php on line 135

The site’s cursor was changed to Leo Laporte’s dick pic in honor of today and because its small size lends itself well to being a mouse cursor. Now, only this paragraph has the dick cursor.

The video that changed everything for Leo Laporte and TWiT

Click here if you do not see the GIF.

We are continually shocked and surprised at what TWiT shows on-air. We always think it can’t get worse, but it usually does. Next year on dick day, we’ll let you know if there are any updates in the saga.

Sadly, it’s nothing we haven’t seen before in explicit detail, but thanks to an anonymous tipster, we now know that Lisa Laporte — TWiT’s CEO — is perfectly OK with her crotch shot legs being used by a leg fetish page on Instagram.

“The best female legs on Instagram! For Instagrammers who love beautiful legs and feet, bare or in hose 👠 👢 🔞 👣”

As our anonymous tipster asks:

“What other CEO would do this?”

You can view the conversation on her Instagram page until she deletes it, and then after that on the archive link or our screenshot.

Once upon a time, Leo Laporte said that there was only person who thinks poorly of him and “trolls” him.

Editor’s Note: “Troll” means someone who disagrees with you and posts videos of you doing embarrassing things.

Is it really still that “one ass” who’s bothering Leo? We’re not so sure.

Have a look at the comments on LifeHacker’s article and podcast called How to Be a Tech Podcast God with Leo Laporte.

Full credit due to Alice Bradley on the sarcastic title. Good one!

Some of our favorite comments are below, but be sure to read the full comments section! Lisa Laporte’s empire really is falling down around her ankles. 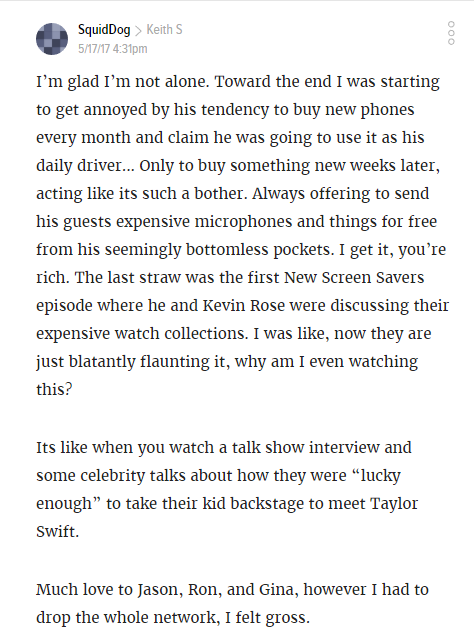 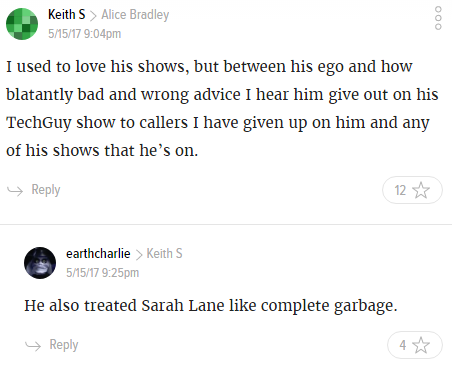 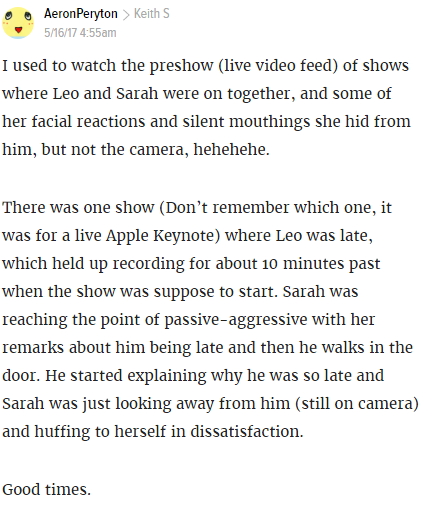 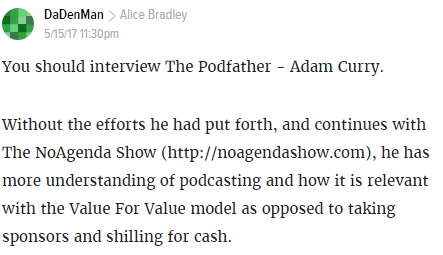 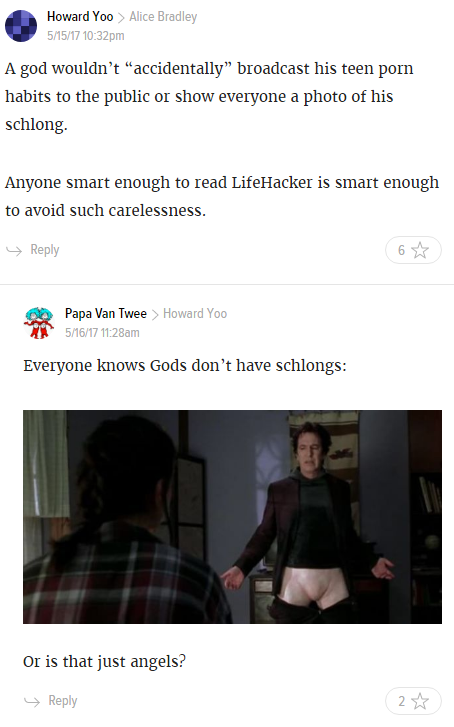 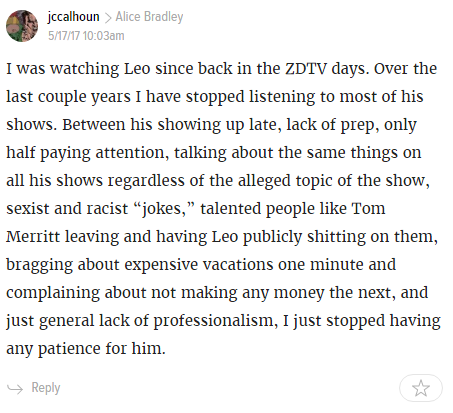 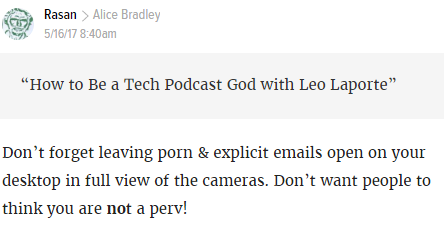 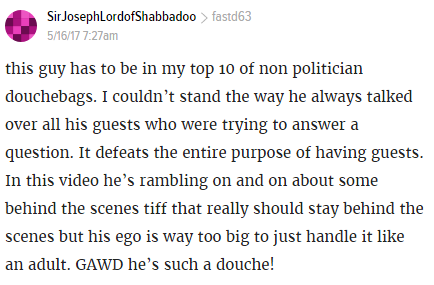 Proving that there is no topic Know How will not cover badly, Episode 308 was an unexpected gift to TWiT viewers everywhere. We were magically transformed back to a time where Americans got out the ol’ needle, thread and bobbin and made stuff we can now buy at Old Navy for $19.95.

Instead of recruiting someone with a lot of sewing experience (i.e. anyone in @NateOG’s bloodline) they settled for the camera-ready and available @PDelahanty, TWiT’s “web engineer” who’s been aimlessly wandering the single hall of the studio for months since compiling the results of the TWiT annual survey.

Which leads us to the question-du-jour, specifically why is TWiT giving us an entire show on sewing? Has Know How simply exhausted every tech topic already? Did some sewing machine company pay for a native ad? Is it simply to punish Bryan Burnett on a weekly basis? (he may agree with this statement). Or was it intended to teach catholic priests how to perform emergency repairs on garments?

It’s hard to believe Leo Laporte’s failed, ego-inflating side project The New Screen Savers is still having new episodes produced. I guess that’s what happens when you have an admitted failure of a CEO like Lisa Laporte.

In a move that should surprise no one, #Soup had to resort to having Anthony — the only one with any talent left at TWiT — “Simon says” the Amazon Echo into repeating the cold open for the show.

We’ve previously written about how they had to have their rent-a-cop read the cold open. Previously, he had to force a The Tech Guy viewer to do it.

Lisa Laporte’s fantastical dream of having the “TV show” syndicated on airlines and college campuses is similarly never going to happen.

The show is terrible. It’s boring. It’s devoid of content. And the saddest thing is… it’s depressing. It’s just sad to watch you do it to yourself weekly.

I will give Anthony kudos for the production of Megan Morrone’s acting debut in the short below. It gave us lots of great pictures of Megan.