In what can only be considered an early Christmas present, Leo Laporte had the opportunity to double down on racism this week when both Owen JJ Stone (Patreon link) and Ant Pruitt (Patreon link) appeared on the number one racist show on the TWiT network, This Week In Tech.

Leo Laporte has made an illustrious career of spewing casual racist remarks. If there was a Pulitzer prize for racism, Leo Laporte would have won 10 of them by now. Some of Leo’s highlights include:

Well as luck would have it, there were 2 “nigras” on Skype this week so Leo Laporte simply couldn’t resist this amazing opportunity to say more racist shit and try to pass it off as a joke. Leo Laporte’s #1 bootlicker Mike_B must have taken the night off as there seemed to be nobody trying to stop him this time. Video is above, you ungrateful bastards.

Leo Laporte has made an illustrious career of being a subtle and not-so-subtle racist — from the time he couldn’t tell asians apart — to the time he said all black people looked the same.

There was also that time he used a racist slur to describe Florence Ion (@Ohthatflo), not just once but twice. If there was a special league for racists, Leo Laporte would be batting a thousand and be the team MVP by now.

But Leo Laporte isn’t happy with merely being the top racist in Petaluma (where he moved to to escape minorities) — he clearly has bigger aspirations. On this past Sunday’s This Week in Tech Leo Laporte decided to show his further disdain for blacks and hispanics.

When given the opportunity to explain why Japan has a low crime rate, he surmised it might be related to its homogeneous population and history of public shaming. An intelligent racist would have stopped there. What came from his diseased mouth next was completely disgusting, but it came as no shock to regular viewers of this network.

We’ll give Leo Laporte the benefit of the doubt that he simply “forgot” to mention that white people also commit crimes. Yeas™Leo Laporte is definitely not a racist /s.

Thank you to the user thoughtpolyp who notified us about this incident in the comment section of our last article #fistbump. If you see anything newsworthy please (1) visit our chat room, or (2) leave an anonymous comment below, or (3) submit a tip by clicking on “Feedback & Tips” to the right. 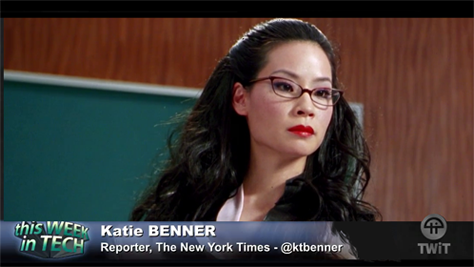 Just to refresh your memory, this is where Leo Laporte says the word “niggras” right in front of Lamarr Wilson. He is a shameful racist.