On yesterday’s “MacBreak Weekly” there was a stupid fuck wearing a cowboy hat indoors. No word on if Christina Warren is envious of Aaron Hillegass’s stupid-ass head covering. Hillegass is head of something ridiculous called Big Nerd Ranch that is basically dedicated to selling shit to dopes.

When word got out that the cowboy-hat wearing dumbfuck was in the studio, one can well imagine that in a dream that Padre got so excited by the idea that maybe a cow was nearby that he could park his cock in that he might have woken up in a cold sweat.

I have been writing for this site since mid-October 2014 and I seem to have gained a reputation as the Pro-Leo guy or TWiT apologist. This is simply not true and I think this article will support my stance. Ya’ll seem to think #soupguzzler is some sort of “liar.” Well, fine, he does lie a bit to fans about some stuff. Yea, I’d Fund That, Game of Geeks, twelve meet ups a year world-wide, in just eight months Mikes turned into a real pro, great friends with Kevin Spacey, not letting advertisers dictate content, a fresh Breaking News Division, cancelling shows, offering Amber a goodbye episode, money invested in TWiT, flying people in for the NYE show, sending Elgum to Thailand to cover stories and a few other minor untruths but big deal.

However, I think the way he treats people is a little cold. In this video we see an oral reunion with Ray Maxwell. A former TWiT host and friend. 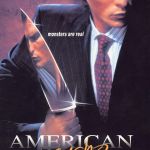 I couldn’t place what #soup’s condition was until I remembered a line from American Psycho. A great novel/movie everyone should watch about Patrick Bateman, a self-centered psychopath who basically hates everyone. Here are some quotes.
Do they ring any bells?

Techblub Leo Laporte really doesn’t know what he’s talking about as evidenced here from this call to his weekend radio show “The Tech Guy” proves. One of the most basic concepts of computer science, the algorithm, nearly eludes the plump fuck as he stumbles and bumbles his way through another boring show.