I am tired of celebrities telling me to vote. Butt out of my life, I got shit to do. On the other hand, Sarah probably votes.

Why oh why does Leo have so much trouble getting guests on TWiT? That program does 65K downloads with four ads at 70 CPM, that is quite a lot of moola. If that show dies his network is in serious trouble. Well maybe blaming Chad for no one wanting to be on TWiT will work. Let’s watch a short video together, shall we? 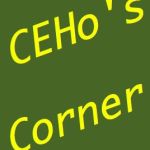