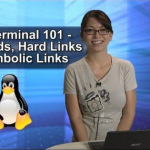 We have no idea. And it seems PadreSJ, larger sized cohost, doesn’t either.

We watched a hangout with the beloved Padre and tried to put it all together.  There is a surprise appearance by TWiT MANAGEMENT.

Keep alert, maybe a sharp-eyed reader can help us out.

11 thoughts on “Why Shannon Morse is no longer hosting Coding101?”