It was recently pointed out to us that Lisa is too stupid to even spell the word “Caribbean” and has been tweeting her displeasure at a fake account instead of the real one.
Lisa Kentzell Laporte — who you may remember is the CeHO of an operation called TWiT — is on a luxury cruise this week.

However, the included food is not to her liking, so she’s either trying to make Royal Caribbean as miserable as a TWiT viewer or she’s trying to get a free cruise.

We’re not sure, but we wonder if Lisa has committed libel against Royal Caribbean when she labeled their food “rancid”.

She might be able to get off on number three by saying it’s subjective, but you can be the judge if this is the way a CeHO should handle her business onboard a ship while inhabiting a luxury two-story cabin with high speed internet access in the middle of the ocean.

Take a look at this shit. 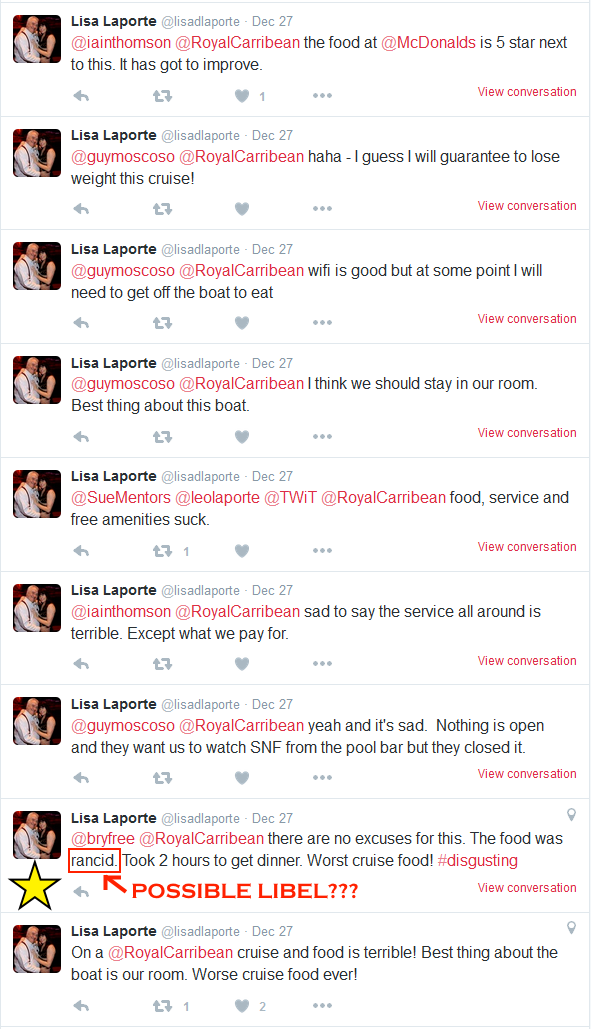 Thankfully she got Daddy to take her to an expensive upcharge restaurant on-board to get some Chef Boyardee which was more to her liking. 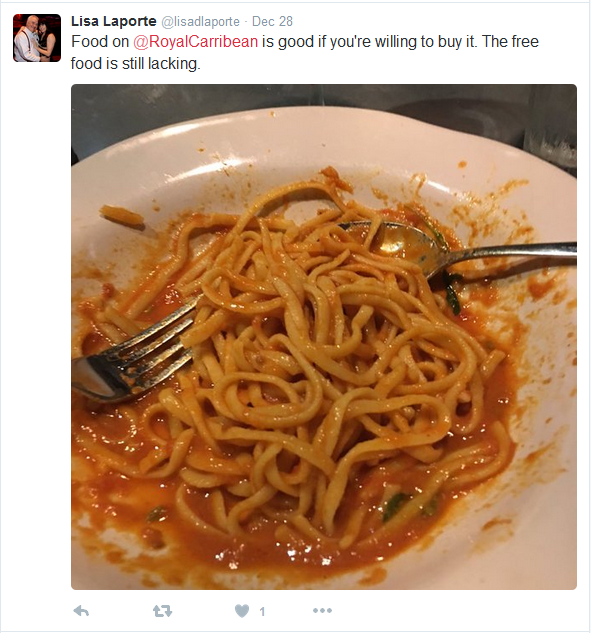 Does Lisa Kentzell Laporte still want to be CEO of TWiT?

Why is the CEO of a multi-million dollar company not at work at 11:00 AM on Wednesday morning? She was home naked according to Leo, possibly still in a sex swing.

Leo proudly proclaimed her nakedness with a chuckle upon entering the TWiT studios late — as usual — for his Windows Weekly taping.

Is it appropriate for management to tell employees that the CEO is home naked? Is it sexual harassment to do so? Is revealing private matters like this demeaning and a betrayal of Lisa’s privacy and dignity?