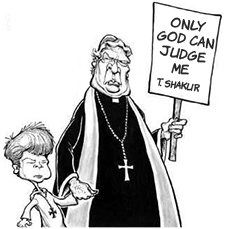 If I asked you to describe the qualities of a priest most of you would say that person is kind, peaceful, understanding and an eloquent speaker of the teachings of Christ. It is also a man who is devoted to serving the Lord, and will tirelessly sacrifice himself for the sick and the poor.

Of course that would be your impression until you met Father Robert Ballecer. This man can only be described as the Bizarro Superman of the ecclesiastical world. To use a food analogy (and you know it fits here) it’s what you get when you add 1 cup of corruption, 2 cups of perverted fetishes, 3 cups of dishonesty, one teaspoon of cumin and then bake at 325 degrees until it fattens up like a Butterball® turkey (absolutely no disrespect to Butterball® turkeys, those turkeys are amazing).

The man is even a joke in his own circles. On the website jesuits.org, he received nothing but a scoffed mention in the official newsletter as “the priest seen cavorting around Las Vegas again under the auspices of a ‘technology convention’”. Even fellow Jesuits see him as a clown. 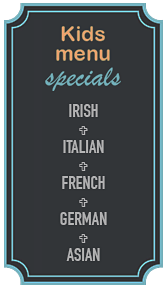 On the website goodjesuitbadjesuit.blogspot.com, you can read him defending a lavish lifestyle of going on vacations and “eating” at good restaurants on the church’s dime because it serves his “emotional needs”. I haven’t read the entire bible yet but I’m pretty sure Jesus didn’t ask the Romans to stop nailing him to the fucking cross so he could have a sandwich.

Therefore it came as no surprise to this TotalDrama writer when Fr. Robert Ballecer began complaining like a petulant child about not getting his first choice of “studio” space when he moves to Rome in mid-June. That’s right… he plans to continue the act. His first choice of studio is apparently unusable because there is an ambulance station directly outside. The only other location is some moldy (possibly unhealthy) underground room not used for centuries. For a man who is extremely obese I find it ironic that he is now expressing a concern for his health. Fuck you fake priest, you’re Rome’s problem now.

Thank you to the chatters in our chat room for providing much of the source materials used in this article. If you have any ideas for an article we encourage you to leave an anonymous comment below or submit a tip.  Also a big thank you to the tireless editors, reporters and administrative staff who sacrifice their sanity every day so this trainwreck is completely documented.