Leo Laporte — obese former host of Call For Help — had to put out his own call for help in the airport.

He was removed from his flight home from his $20,000+ cruise for being too fat to fly.

When relaying this to his sycophants, he took the opportunity to insult the state of New Jersey multiple times, presumably because none of his fans are of any value. 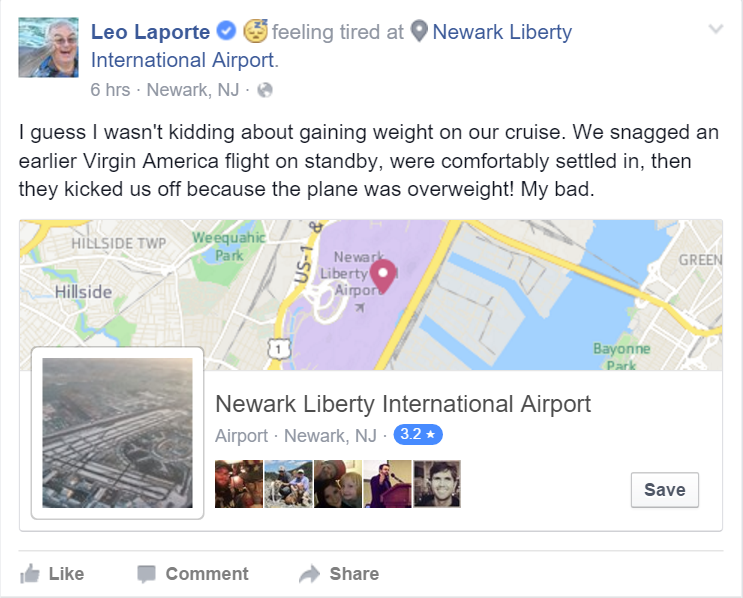 Snagged an earlier @VirginAmerica flight on standby, comfortably settled in, then kicked off because the plane was overweight! Ouch.

@lindseyogram @VirginAmerica Th weird thing is that after they kicked us off they put three other people into our seats.

25 thoughts on “Leo Laporte: Too Fat to Fly”