TotalDrama field reporters spotted this photo on this weeks The Tech Guy. It appears to outline a plan to ‘Save TWiT’. We are hoping for such a comeback from the depths to which the moribund network has sunk. 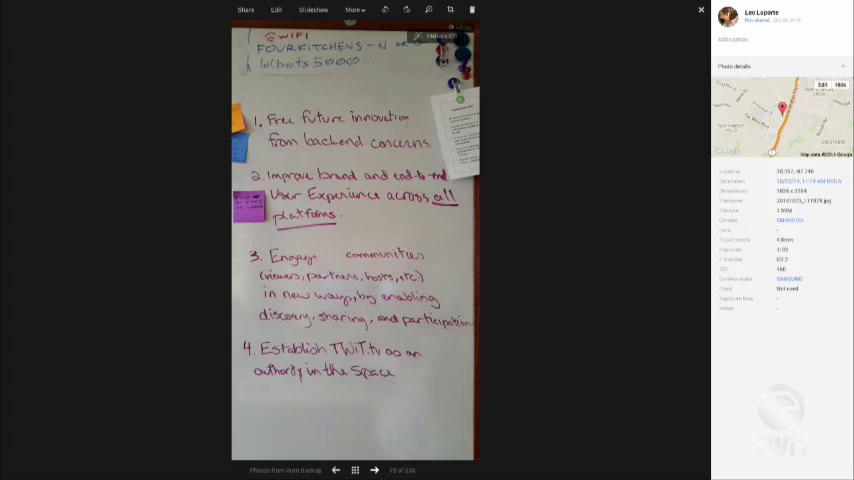 For those having trouble reading it I have attempted to convert the photo to text.

I may have made a few errors during conversion.

Wow, amazing. Can’t wait to see how it all turns out.