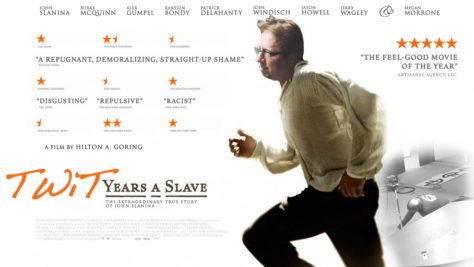 TWiT LLC is truly a reprehensible company with a marked history of firing honest and hard-working employees and/or treating them like shit. Recently, Leo Laporte was heard explaining why keeping employee numbers low is a great thing. Breaking news… it’s not because he’s an altruistic employer.

Under federal law, an employer is not allowed to discriminate or make employment decisions based on race, color, religion, sex, national origin, age or genetic information. However, most of these protections fall by the wayside once the number of employees falls below 20, or if any of those workers are independent contractors.

If you are employed a independent contractor (also referred to as a 1099 employee, aka NET-60 employee) you literally have no workplace rights, you’re not entitled to any benefits and generally cannot sue for workplace discrimination or harassment. An independent contractor is simply someone who contracts their services to more than one company and is not under the complete control of one company. This is why Shannon Morse (aka Snubs, aka snubs.zip) would have no legal basis for filing a lawsuit because her body of work appears on more than one website.

So it would appear that TWiT’s modus operandi has been, all along, to bring in as many independent contractors as possible to avoid much of the liabilities and responsibilities that come with traditional employees, while keeping the number of 9 to 5 employees as low as possible to lessen worker rights.

Many people would argue that Leo Laporte, Lisa Laporte and TWiT aren’t doing anything wrong and that they are simply complying with the employment laws as defined. Sure, that is one point of view, if you’re a fucking sadist. But we all know that nothing in the law prevents employers from offering benefits to employees in companies with less than 20 people or taking the moral high ground that harassment of any kind should never be tolerated. If it was up to Leo Laporte, he would literally bring back slavery, and every new employee would have to qualify by first getting on their hands and knees. Harvey Weinstein would be fucking proud.