This submission was sent in by an anonymous contributor using our tip function. Please feel free to submit great posts like this one.

I am one of many African American TWiT viewers. Many people have brought up that TWiT has a problem, there are no black employees and may never have been any. And TWiT is not a small operation.

This lack of diversity is a common issue in many fields including some of the largest tech companies. Without diving into the socioeconomic causes and solutions or handing out blame, I do want to bring up something I find offensive. All minorities have issues regardless of which minority had it worse. But look at how Padre handles it: 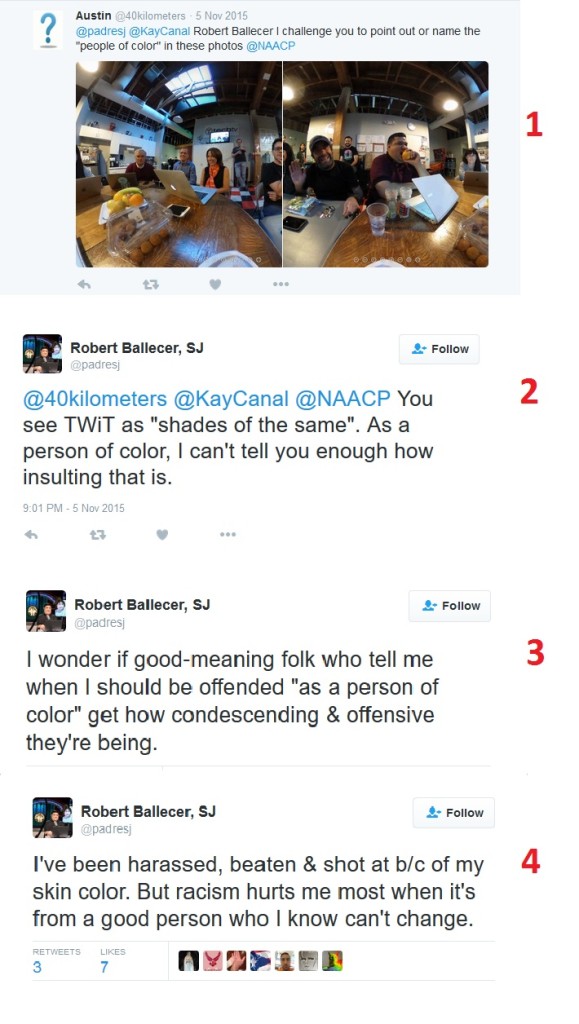 These are a few bad examples but every time this issue comes up he refuses to admit the problem and instead talks about himself. (Being shot at for his race?) Why not address the problem instead of turning the problem on its head to protect TWiT?

TotalDrama used to do a joke about a black camera guy who was in the TWiT directory. That is of note because it shows that instead of caring about the issue, like Padre, they care about the perception of TWiT.

Can you imagine if Google answered this criticism by saying, “well, we have a lot of Indians and Jews.” Preposterous.