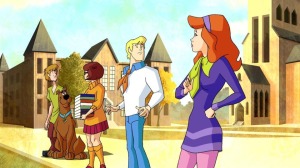 we do know that they seemed scared to death for the well being of their friends left over at twit and begged that no one retaliates against twit/or the powers that might be that lurk in the darkness that control twit.

bribri was obviously shaken  up and feared for their safety and well bean. It looked like bribri might cry for second. or maybe he was just holding back his drunken puke. we don’t know he might of just needed a nap to sleep it off.

Jurbs didn’t really know what was going on he was blasted to. One second jurbs was letting the beans out “it was more yoko than john” the next he was agreeing with bribri DON’T TAKE IT OUT ON chad/padre/friends left behind. The next minute he was back in “the tech guise” mode talking smack, and so it went back and forth. in and out of coherent thought and then back into sloppily buzzed smack talking about padre and random joke bible verses.

As usual jurbs was ready to party and bribri supplied the buzzkill and tried to bring things back to reality. But since bribri was also buzzed his straight man reality created just as much awkwardness as jurbs comedy routine .

So to sum things up we don’t know what the hell happened . And for totaldrama’s part in this. Totaldrama  has nothing to do with jurbs and bribri we have been making fun of the ttg and thinkFlencers long before “the tech guise”.

We are left with a puzzling mystery.

Did #cunchZillia threaten to abuse someone in the dungeons of the twit brick house or even worse in the #gum rape-room/news-room if bribri and jurbs didn’t beg to the internet trolls to leave twit alone? Or was it all just a drunken comedy bit that fell apart?

we are left with so many questions that its a mystery best left for scoobydoo and the gang.

If you dare to try to unmask mask the #cunchZilla leave your theories in the comment section or join us in chat https://irc.totaldrama.net/